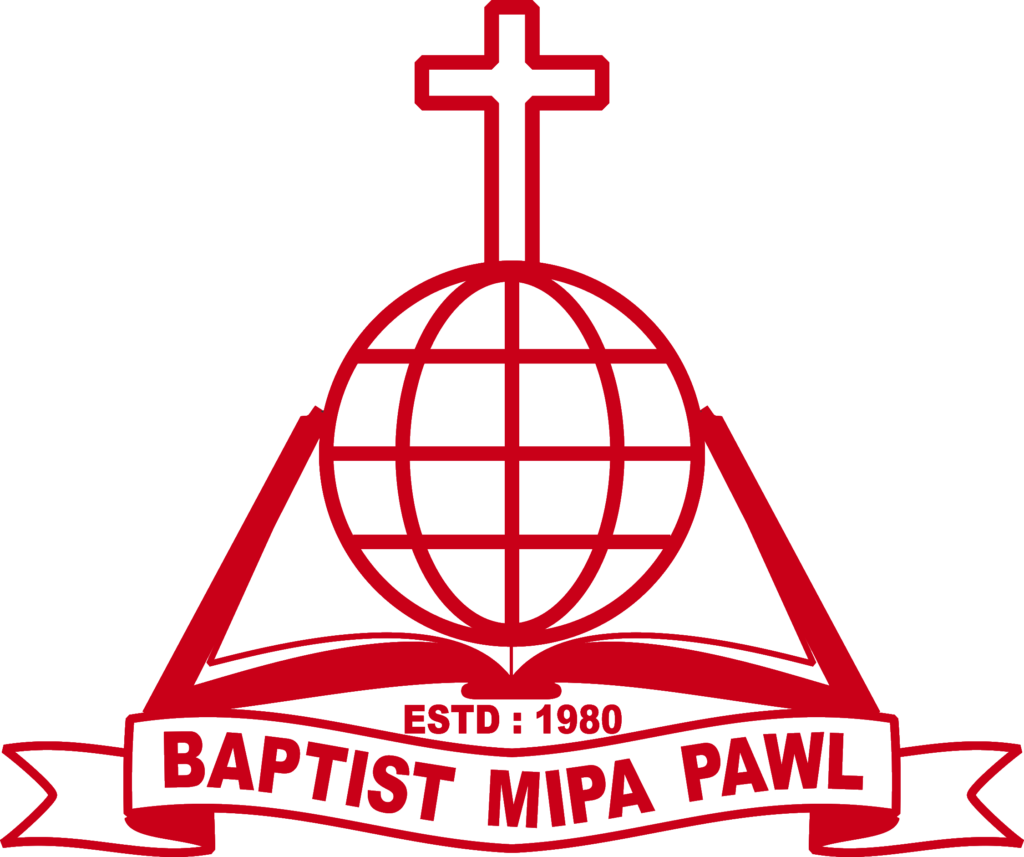 A number of fellowships had cropped up under the Baptist Church of Mizoram (BCM) since its inception. The Baptist Men Fellowship was the latest and recent organ developed after the 1980’s. This chapter attempted to provide a brief account of the motivation, formation, development and ministry of the Baptist Men’s Fellowship.

During 1974-1979, Raltawnga, the former General Secretary of BCM and the present Executive Secretary of Aizawl District, was posted at Thingsai pastorate or parish under the Baptist Church of Mizoram and stationed was at Cherhlun village. His short ministry ushered a fresh incentive for the formation of a separate fellowship for men in the local church.

He shared about Men’s fellowship created within Baptist Churches in western countries and their tremendous contributions to the Church’s ministry. There were interested male members who wanted to bring changes into the spiritual life and action of the insipid adult male church members who took part in dirty local politics and wasted time unwisely in the market place. Upon the hearing of the Pastor’s words, three prominent leaders in Cherhlun Village unofficially declared to have formed men’s fellowship i. However, nothing was materialized until 1981.

K.Thanzauva, the present General Secretary of BCM, who shepherded the churches in Thingsai Pastorate from 1979-1981, replaced Raltawnga. When he saw a good number of adult male members of the church, he felt uneasy. He said, “I was deeply touched by the sight of a number of people uninvolved in the church activities and ministry. Rather they wasted their time aimlessly near the vendor, indulged in chitchatting over unproductive local politics, played unprolific games like Carrom Board, Draught board, Poker etc. It was my heart’s desire to bring them back to Christ so that they might be a useful channel of blessings for others.” ii

In his public speech, he convincingly expressed about Men’s Fellowship created under the Baptist World Alliance with their contributions towards worldwide evangelization. His articulated lecture pierced the hearts of the audience so much so that Mr.Thankima, one of the male members of the church, could not even sleep at night. He had a burden with the unsaved and restless souls of his fellow Christians. One midnight he burst into tears with a loud cry. His wife woke him up but he gave no response.

The next day he was working in the jhuming cultivation with his wife, he suddenly fell into a trance weeping with uncontrollable tears. His love and concern towards his fellow members grew more and more. He reluctantly met the pastor asking for certain devices for the formation of male fellowship through which indolent people might be blessed in one-way or the other.

The pastor gave a negative reply, saying, “It wouldn’t be desirable to form a separate Fellowship manned by male adult members who took part in local politics that might engender division or create harmful atmosphere in the church.” iii Mr.Thankima backed home frustrated. But he still pressed on to accomplish his heart’s intent.

Having heard some suggestions and seeing the pressing need of the situation, the pastor put up the matter to the local Church Committee in its sitting on 29th April 1980. After a long and careful deliberation, the committee considered it good to form a separate male fellowship in the church not necessarily be a permanent entity.

Two deacons (Upa.Chhingtawia and Upa.Thanghauhva) were appointed as Conveners for the proposed fellowship. As per decision of the committee, all adult male members of the church were informed to get together at Deacon Nikunga’s house.

Under the chairmanship of Deacon Chhingtawia, 21 members present in the meeting unanimously resolved to create ‘Baptist Men’s Fellowship’ on 4th May 1980 at 3:30Pm.iv It was on this very day the new Baptist Men’s Fellowship, the first of its kind within the Baptist Church of Mizoram, was formed locally in Thingsai Baptist Local Church. The members in the meeting instantly elected new Office bearers to gear the Fellowship.

Even though the Baptist Men’s Fellowship existed locally, there was a felt need to have certain guide. The rules and regulations was drafted and approved by the Local Church Committee and thereby sent to BCM Headquarters for information. Though the Fellowship was first initiated in Thingsai Baptist Church, the name “Baptist Mipa Pawl” (BMP) a Mizo name meaning ‘Baptist Men’s’ Fellowship’ was first coined in Cherhlun Baptist Church where the BMP was formed on 9th February 1981.vi Whenever and wherever a new Men’s Fellowship was formed, it bore the name ‘Baptist Mipa Pawl’ popularly known in its abbreviated form ‘BMP’

The number of Baptist Men’s’ Fellowship was increasing by leaps and bounds After two decades there were nearly one hundred units with a total membership of about 8,536 in the entire state of Mizoram. vii

Since there were no proper guides prepared by the Assembly, every local Unit organized itself and functioned under the whims and fancies of the local Church Committee to which the fellowship belonged. Though numerous in numbers, the BCM Assembly did not centrally administer the Baptist Men’s Fellowships for they were not constitutionally recognized. Recently, the BCM in its Assembly of 2002 adopted new Rules and Regulations for its guidance. It can be summarized as follows :- viii

The name of the Fellowship be the “Baptist Mipa Pawl” (BMP). The motto of the Fellowship was based on Joshua 1:6, “Be strong and courageous”. Since BMP was put within the constitutional framework of BCM, they have to abide by all the Rules and Regulations adopted by the BCM Assembly. For each unit functioned under the supervision of the local Church, it must not act against the resolution of the Local Church Committee.

The BMP Unit has a right to put up agendas to various committees of the local Church. It could have a separate Worship service as per permission of the local Church Committee. Every Fellowship Unit should consult the Local Church Committee on certain crucial programmes or issues. Any male baptized members who were not a member of youth Department could be an active member of BMP. Each unit ought to elect its own Office bearers to hold the gear of the over all administrations. A portfolio was given to each member of the Office bearers.

As the BMP members committed them to render service for the Lord, they worked hard to earn money to accomplish their God given tasks set before them. Every unit prepared annual budget. Their sources of income were of varied kinds - like - Envelope system:, Monthly contributions or One-day income, Concerted work, Talent Show, Faith promise,  Individual target, Outreached gathering, etc.

The Rules and Regulations of BMP, enshrined in the Rules of BCM Fellowship Organizations Departments, succinctly laid down the aims and objectives of BMP especially in its ministry, which reads - 1) To prepare and build up the spiritual life of Baptist men.

2) To build Christian family. 3) To grow themselves as useful pillar of the church.

4) To work for the welfare of the society as a whole. The ministry undertaken by BMP units in various places might differ from one another according to their ability and circumstances.

Even though the BMP had a simple beginning, it grew rapidly throughout the length and breadth of Mizoram and even beyond Mizoram. Its creation would certainly fulfill the aspiration of the one who had a clear and farsighted vision.

The mighty work of God brought in thousands of male adult members to the fold of Christ, the Church. Not only had they come to the mainstream of the church but also became a channel of blessing for the  poor, destitute, hungry, thirsty both physically and spiritually within and outside the church. Their contributions to the Church ministry and the society were apparently tremendous. But the BMP Unit existed and functioned locally within the administrative set up of the Local Church to which it belonged.

There was no coordination and unity among themselves because they were not constitutionally recognized and centrally administered from the Headquarters like the Youth’s Fellowship, the Women’s Fellowship and the Children’ Fellowship. Let the church update itself to be more open for Men’s Fellowship. So that men of the Baptist Church will be given more opportunity to see the world beyond Mizoram and tap their potentials for world wide missionary enterprise in fulfilling our Lord’s Great Commission before He comes. 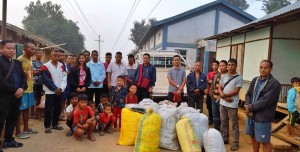